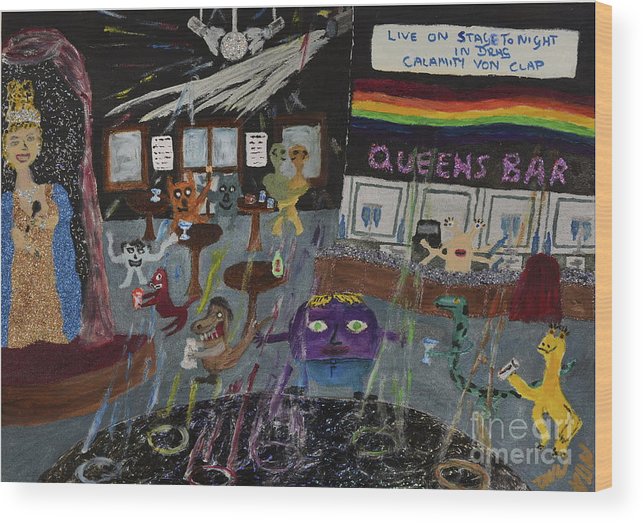 The Gay scene is not what it once was Wood Print

The Gay scene is not what it once was wood print by David Westwood.   Bring your artwork to life with the texture and added depth of a wood print. Your image gets printed directly onto a sheet of 3/4" thick maple wood. There are D-clips on the back of the print for mounting it to your wall using mounting hooks and nails (included).