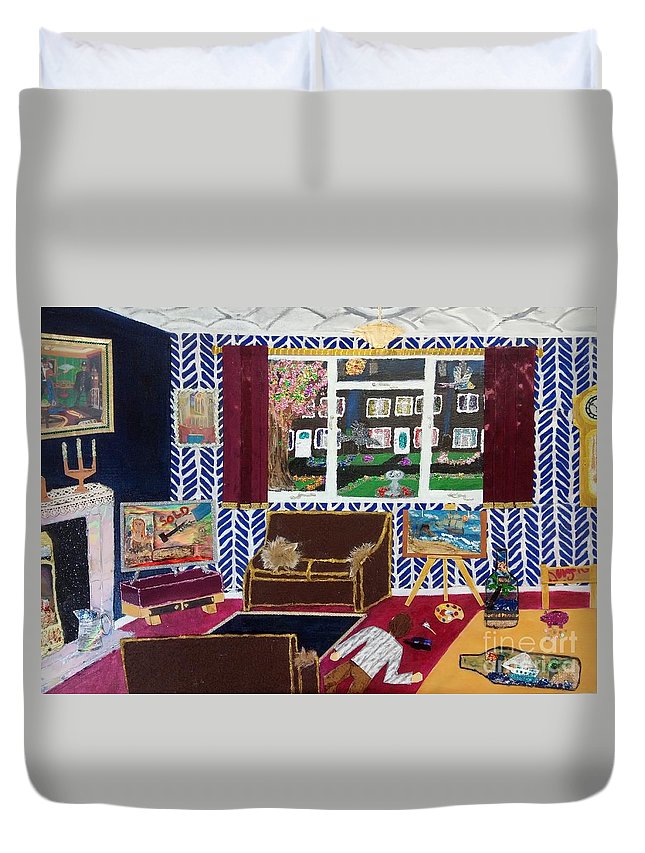 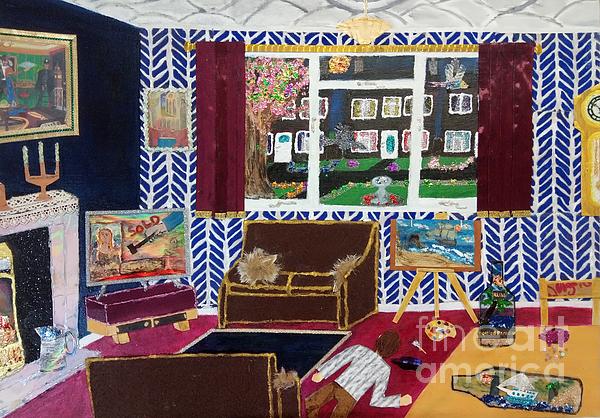 The Artist and the Alcohol Duvet Cover

Queen duvet cover (88" x 88") featuring the image "The Artist and the Alcohol" by David Westwood. Our soft microfiber duvet covers are hand sewn and include a hidden zipper for easy washing and assembly. Your selected image is printed on the top surface with a soft white surface underneath. All duvet covers are machine washable with cold water and a mild detergent.

The Artist and the Alcohol

The artist is so obsessed with the images on the television of a painting sold... more

The Artist and the Alcohol24 inches by 17 inches (A2)The artist is so obsessed with the images on the television of a painting sold under auction for vast sums of money, and dreams of the Caribbean, that he turns to the Rum in order to find the paradise in the bottle. So obsessed with success he fails to see the beauty around him.This is a 3D sculpture on a 2D surface. It is created using, wood , fabric, metal foil, glitter, glass paint. pearl paint, paper. card and oil paint on A2 canvas board. The biggest problem I have had is getting a photo that really shows it off. The image sparkles and reaches of the canvas and out into the room. It demands those passing by look at it.