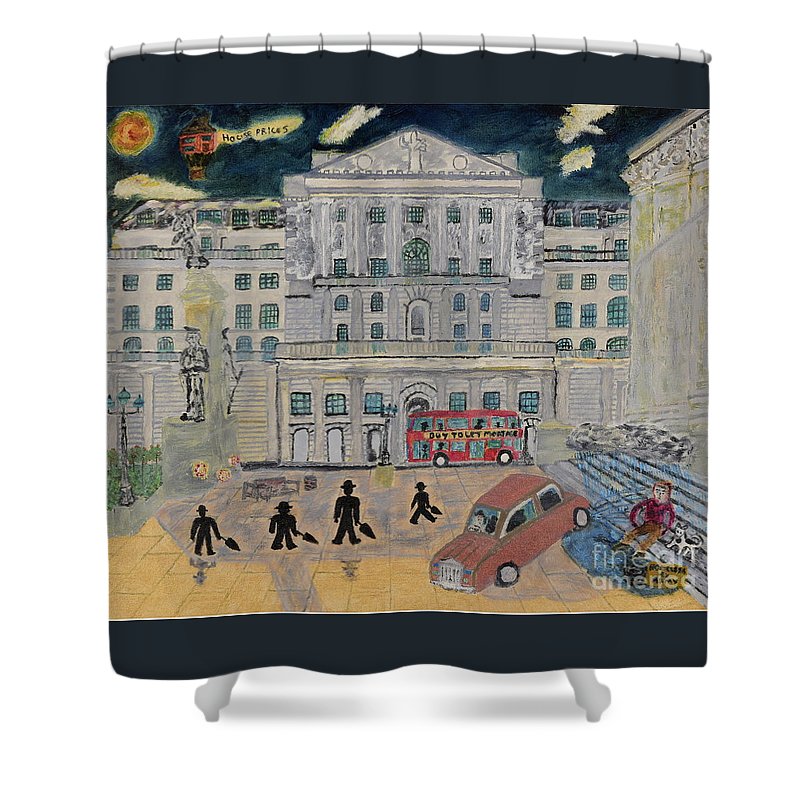 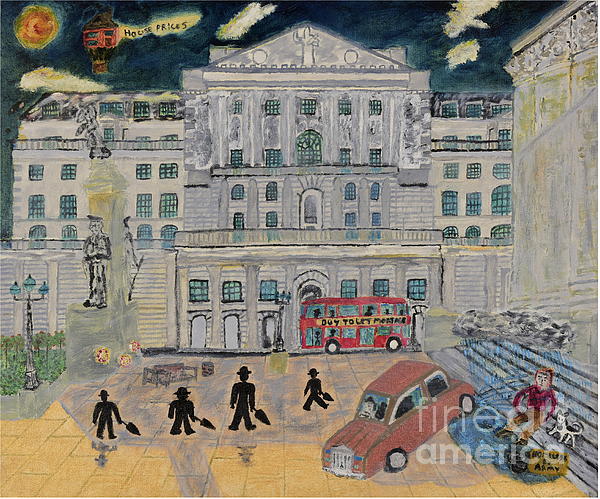 We see the Bank of England in the sun, a house shaped balloon floats ever higher, a bus... more

Sterling Disaster24" by 20" on Canvass boardWe see the Bank of England in the sun, a house shaped balloon floats ever higher, a bus advertising,buy to let mortgages. The square in front of the bank is pathed with gold. A war memorial stands pride of place in the square, decorated with flowers from a grateful nation. The faceless men in bowler hats how make their fortunes in the city walk by. A homeless ex-army Man begs for money while a man with a bowler hat, in is expensive car splashes him with water.