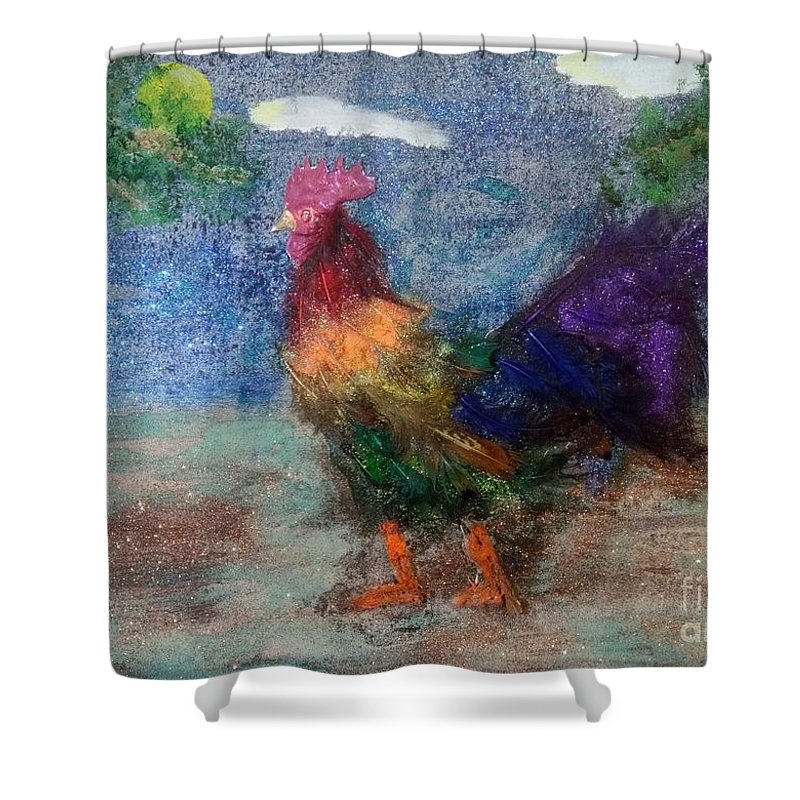 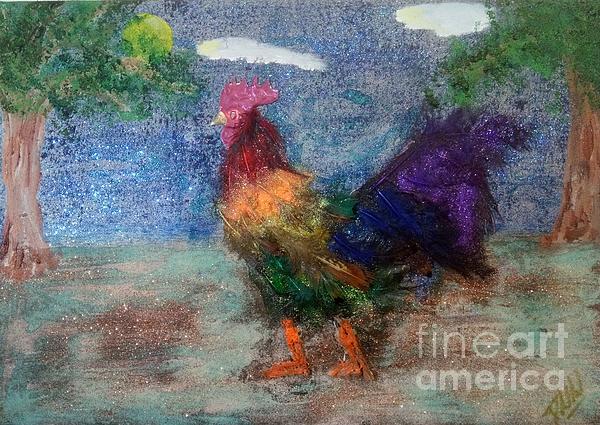 A rainbow bird, created in oil paints, glitter paint, feathers, string and plastic. It is as much a sculpture as it is a painting. It has 3D depth... more

A rainbow bird, created in oil paints, glitter paint, feathers, string and plastic. It is as much a sculpture as it is a painting. It has 3D depth and texture and yet is on a 2D surface so can be hung on a wall.