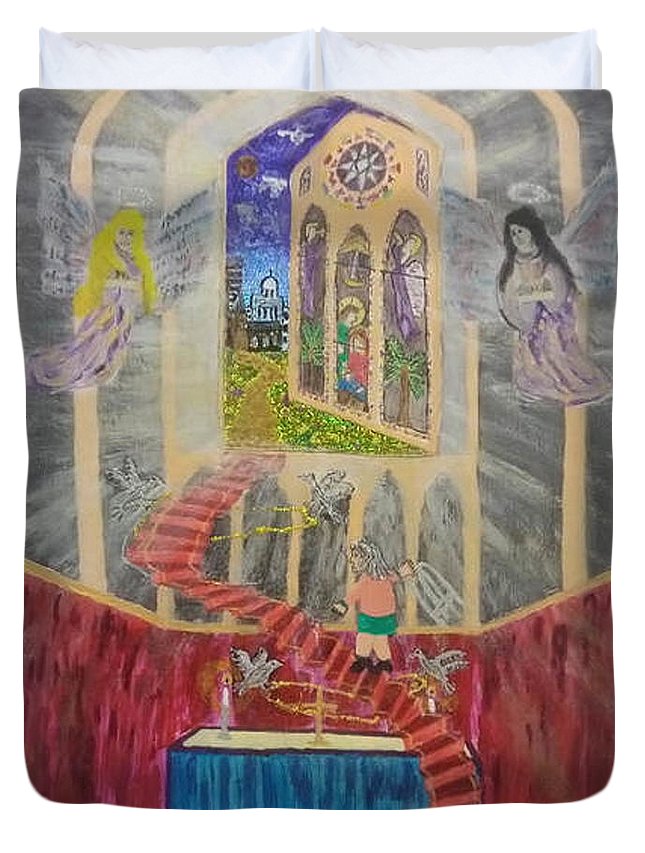 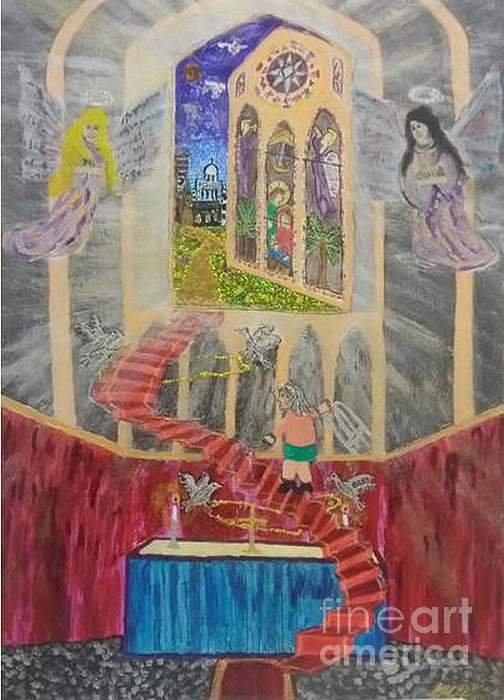 Queen duvet cover (88" x 88") featuring the image "An Adventure Begins" by David Westwood. Our soft microfiber duvet covers are hand sewn and include a hidden zipper for easy washing and assembly. Your selected image is printed on the top surface with a soft white surface underneath. All duvet covers are machine washable with cold water and a mild detergent.

We see an old lady, reborn and heading for Heaven. She throws her walking frame to side and runs up a stairway to Heaven. It is held by two doves... more

We see an old lady, reborn and heading for Heaven. She throws her walking frame to side and runs up a stairway to Heaven. It is held by two doves as to Angels look on encouraging the rebirth.