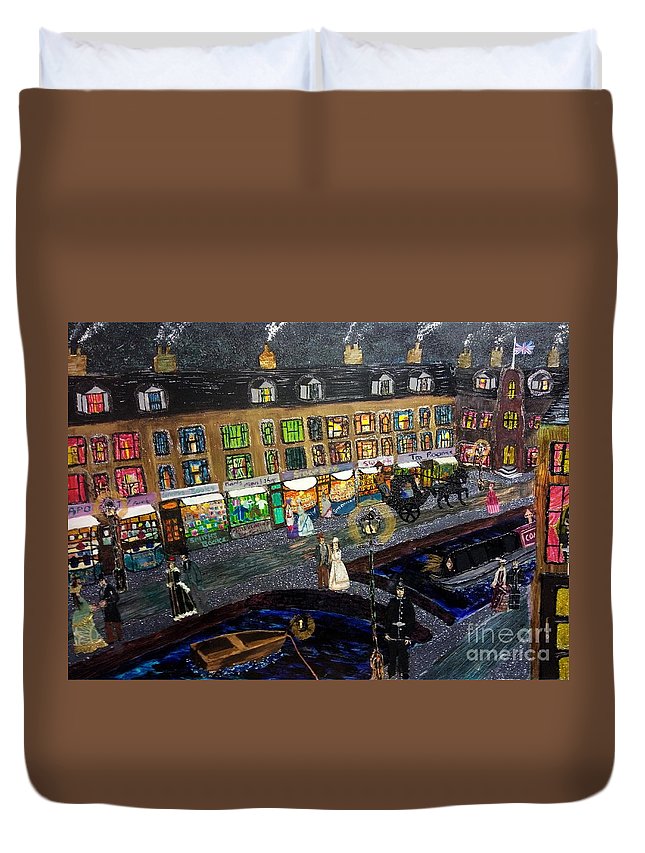 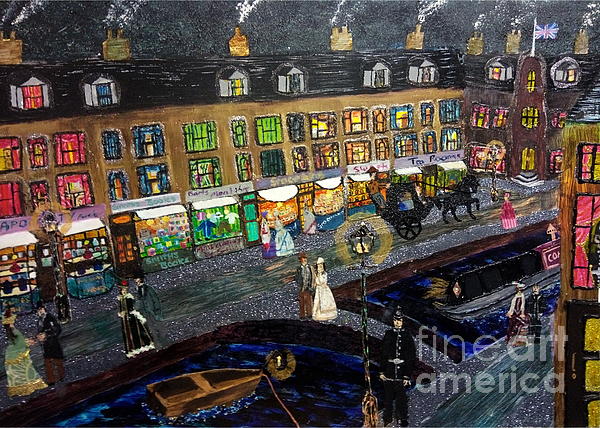 Queen duvet cover (88" x 88") featuring the image "Adrift" by David Westwood. Our soft microfiber duvet covers are hand sewn and include a hidden zipper for easy washing and assembly. Your selected image is printed on the top surface with a soft white surface underneath. All duvet covers are machine washable with cold water and a mild detergent.

Created on hologram mirror card, using, glass paint, oil paint, fabric, wood, card, glitter, metal foil, plastic and string. This images shows an English two, early evening during the reign of Queen Victoria. It is more of a sculpture than a painting as it has depth and texture. It is a 3D images on a 2D surface.